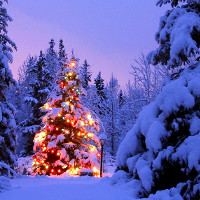 The branch held our prize draw for our fantastic Christmas Competition yesterday and we're pleased to announce we now have our five prize winners for this year.

First prize this year was an amazing top of the range Amazon Kindle Voyage, with FREE 3G and Wi-fi and a £50 Voucher to get their e-book collection started.  Our two second prizes were our ever popular Dinner and a Show for Two vouchers, and our third prizes were our fantastic Silent Night Christmas hampers. 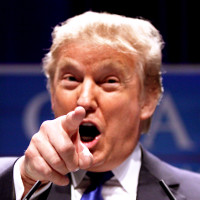 UPDATE: RGU have announced that they are to revoke Trump's Honorary Degree for “statements that are wholly incompatible with the ethos and values of the University”.  Well done RGU!

UNISON believes this to be unacceptable.

Colin Jones, Robert Gordon UNISON steward said “Robert Gordon University has a strong international reputation and UNISON believes that our University's association with Donald Trump can only undermine all the hard work we have put into building this worldwide reputation.

We believe that the University must make it as clear as possible that such statements are both unacceptable and irresponsible. They are divisive and put Muslim friends, family and colleagues in danger of discrimination and reprisals, and will make international relations worse not better. 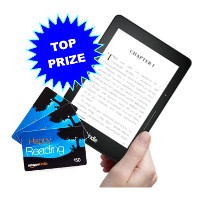 Once more we are running our fantastic Christmas Competition, which is open to members only for all our current UNISON members at both the Robert Gordon University and the University of Aberdeen.

Prizes this year are an amazing top of the range Amazon Kindle Voyage, with FREE 3G and Wi-fi and a £50 Voucher to get your e-book collection started.  We'll also have our ever popular Dinner and a Show for Two, and Silent Night Christmas hampers.

We will be sending out competition entry forms by post, but it’s just as easy – and faster – to enter online instead:

Don’t leave it too late to send your entry - enter today!

At this time of year the branch would usually send out the annual diary, however after feedback from last year's AGM this year we've decided that we won't automatically send out diaries.

Instead we'll have some of our snazzy new UNISON 2016 Diaries ready you to pick up from our regular stalls, and your local stewards.  This means that we don't need to order as many diaries this year, so they will be distributed on a "first come, first served basis".

Protect The Right to Strike 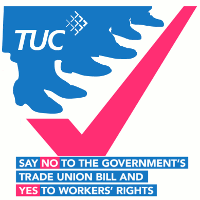 The Conservative Government's Trade Union Bill is a new set of laws that will severely restrict working peoples’ ability to organise for their own rights and campaign for a more progressive society. It will go through Parliament this Autumn and could be law by February 2016 and will apply in England, Scotland and Wales.

UNISON is campaigning against the Trade Union Bill because we believe MPs should be focusing on the real problems our country faces and working with everyone, including trade unions, to solve them, rather than taking away people’s right to be supported at work.

UNISON has decided to nominate Jeremy Corbyn in the Labour Party leadership contest and Yvette Cooper as its second choice at the union’s National Labour Link committee today (Wednesday).

“Jeremy Corbyn’s message has resonated with public sector workers who have suffered years of pay freezes, redundancies with too many having to work more for less." 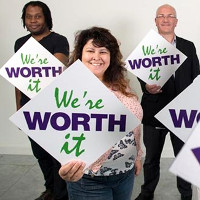 UNISON’s higher education service group executive has decided to accept the employer’s pay offer, after 72% of members voted to back it.

The executive met on 30 June to consider the result of the branch consultative ballot on this year’s pay offer from the national employers’ organisation, the University and Colleges Employers’ Association.

You can join UNISON right now - no paper forms to print out and fill in, and nothing to post off. Simply sign up online to start your membership right away!
Join Online